The sound you heard is the sound of extinction. It is the echolocation call of the Christmas Island Pipistrelle, made on August 26, 2009. It was the last recording of the little bat, now believed to be extinct. 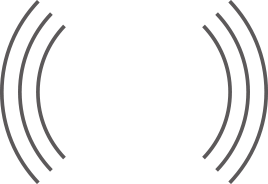 Canada’s accredited zoos and aquariums have a long and distinguished record protecting, conserving and restoring biodiversity. They collaborate regularly with government agencies, NGO’s and volunteer organizations in work aimed at the preservation of species in Canada and abroad, investing countless hours of professional service and millions in expenditures and financial support.

CAZA members participate in hundreds of conservation and science programs within their facilities and are directly involved in a number of critically important field reintroduction projects, most linked directly to helping save endangered species in Canada and abroad.

Conservation is often discussed in terms of science and investments; however it is much more appropriate to think of conservation from a human perspective. As important as the scientific work done in our zoos and aquariums is, perhaps more important still is the unique role that these accredited institutions play in connecting people to nature.

The Millennium Ecosystem Assessment a study mandated by former UN Secretary-General Kofi Annan in 2000 and released in 2005, concluded that our human impacts on our planet had triggered a mass extinction of species, estimated at 1,000 times faster than historical rates.

Addressing this crisis requires a change in how humans view themselves in relation to nature, and this is where zoos and aquariums come in. Change can only be sparked by caring, and no other institution or organization can help foster the emotional connections between humans and nature like zoos and aquariums.